Judging by how she acts during her boss battle, Bomamba is shown to not be very agressive and she appears to be strategist and calculating, as she tries to defeat NiGHTS by creating obstacles in her seal to make it harder for NiGHTS to defeat her minions and she waits the right moment to attack NiGHTS with her green energy blast. 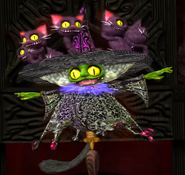 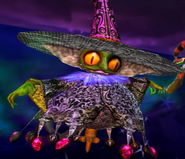