Nights into Dreams Wiki
Register
Don't have an account?
Sign In
Advertisement
in: Night Dimension, Items and Collectables

The Rings (also known as Loops) are floating circles, made of tiny orange orbs, that can be found throughout all of the levels in the NiGHTS games.

In all of the NiGHTS games, passing through a ring will add 10 points to the player's score and fill a little bit of the drill dash meter.

If NiGHTS passes through a ring during a link, the amount of points given will be 10 multiplied by the current amount of links.

The rings will disappear for a short period after NiGHTS passes through them. 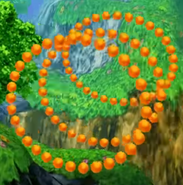 Regular Rings in NiGHTS into Dreams. 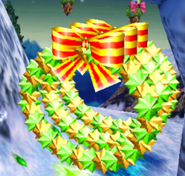